What the Crazy 2016 state of the political system can teach divorcing/separating parents: 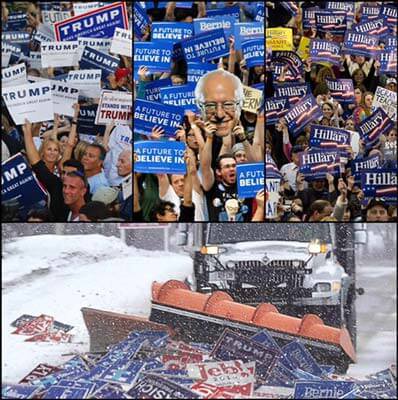 What the Crazy 2016 state of the political system can teach divorcing/separating parents:

1. Nobody cares whose fault it is ~ The US Congress is clearly the most unproductive, obstinate Congress we have seen in our lifetimes.  They cannot even agree on the color of the sky, which keeps them from confirming a new Supreme Court Justice, agreeing on a budget, passing new gun legislation, fixing what may be broken in the healthcare system, and on and on it goes.  As citizens, we look at them and just shake our heads.  Sure, we could align with one party or the other, but on the whole, we just see the entire body as dysfunctional.

This is how the kids and Judges view parents who cannot co-parent the children.  When parents cannot agree on exchange locations, holiday times, and do not communicate, the kids don’t care whose fault it is; they just know Mommy and Daddy are fighting again or they sit in confusion (also applies to Mommy and Mommy, Daddy and Daddy).  The Judge may try to figure out which is the more obstinate or uncooperative parent, but at a point, the Judge doesn’t see whose fault it is and just sees that the (co-parenting) system is broken.

What You Can Learn:  Approach your co-parenting situation the way you want to see Congress do its job.  It will take collaboration, patience, commitment and the oh so important – ability to see the situation from the other parent’s perspective.  Which leads me to lesson #2.

2. Passionate sides in the political debate do not hold their view to anger the other side ~ they REALLY believe their view is right!  Trump supporters LOVE the man and Bernie supporters LOVE his message.  They waive signs in the face of one another and interrupt each other’s rallies.  They are wholly committed to their point of view and cannot fathom how “the other side” does not agree with them.

In co-parenting situations, one parent often feels that the other holds an opposing viewpoint just to get under their skin.  I tell my client’s often that it is not helpful to take the other’s viewpoint personally.  It’s not about you.  The other parent likely truly and strongly believes that the way he or she is parenting your child is the best thing for your child.  The other parent is then committed to doing what she or he thinks is right and then holds up the rally sign in front of your face to show you what he or she believes.  The key is to know that it starts with the other parent’s belief and then it turns into the pushing of your buttons.

What You Can Learn:  Practice telling yourself that the other parent is not holding his/her view just to upset you.  Remind yourself “it’s not about me.”  Try to see the other parent’s perspective and find common ground.  As an example:  Father absolutely believes the children should be picked up from school for his parenting time but Mom wants them picked up from her house at 6.  Both think the other is just trying to be difficult.  Mom gets to school early to ensure the kids get in her car so dad has to pick them up from her house.  Dad calls and texts incessantly for 3 hours until Mom releases the kids.  Both think the other is now damaging the kids with their behavior, and neither sees the effect of their own behavior.  The kids are stressed because they don’t know what to do when the school bell rings.  They know that if they get in the car with Mom, Dad will be mad and they know that Mom is getting increasingly agitated with dad’s texts.

It would be immensely helpful if each parent would take a moment and try to understand why the other parent believes his/her reasoning is best for the children.  Dad wants to pick up directly from school because when he picks up from Mom’s house the kids’ attitudes are different and it takes longer for the kids to adjust to his home.  This is likely because the children know Mom wants them to stay with her (even if she doesn’t say it to them).  They get situated at home after school with their games,  computer, and television shows and it’s hard to pry them away.  Dad believes that they would transition more easily if he just picks them up from school and starts his parenting time from there.  Mom’s perspective is that she thinks it would be embarrassing for the kids to have to carry their suitcase to school and there’s nowhere to put it during the class day.  Dad doesn’t always pick up right after school, so the kids end up in after school care for 30 minutes – she thinks, “why do that when they can be with a parent?”

Both parents have good reasons for their viewpoint.  The key is to see that the mutual goal is for ease of transition for the children.  Once the parents see this, they can focus on how to make that happen.  They can then suggest ideas to the other parent ~ for instance:

There are many ways to address a situation, but it starts with not taking it personally and making effort to see the situation from the other person’s point of view…which brings me to point #3.

3.EVERYONE has a responsibility for the outcome of the situation:  People moan and groan about our political leaders, but I wonder how many of those complainers actually took the time to learn about the candidates and to vote.  We cannot just sit on the sidelines and expect that the rest of the nation will get it right.  I agree that perhaps a Republican vote for President in California may not carry a whole lot of weight, but that vote can deeply affect the local races, and a Democrat’s vote in Orange County may not carry a lot of weight, but it sure does affect State Legislature elections and the US Senate seats.  We should all be learning about our local races and take personal responsibility for electing those people whom we feel will help heal the wounds in our country.  If you think Trump is a disaster, don’t just blame the Trump supporters ~ get involved in a campaign and be heard in the election.  If you think that Sanders or Clinton’s policies can’t work, then get involved in a campaign and vote according to the policies you favor.

What we can learn:  THINK.  TAKE RESPONSIBILITY.  PARTICIPATE.

Do not just blame the other parent for interfering with your relationship with the child or failing to co-parent.  THINK about what the other parent’s perspective is.  TAKE RESPONSIBILITY for your part in the situation and commit to meeting the needs of your child.  PARTICIPATE in finding a solution and stay involved in the process ~ don’t stop communicating or being involved in your child’s life just because of hurdles you see placed by the other parent.  For instance, if the other parent refuses to answer your text messages, maybe they feel that you send too many messages, so they stop reading them.  In that case, you can make an effort to send fewer messages.  Maybe the new mate does not like you communicating as often as you used to; in that case, you could switch to a parenting email program (like OurFamilyWizard.com or TalkingParents.com) where the new mate can feel assured that all communications are logged and readable.  Is that a mature stance on the part of the new mate? No.  But it is the reality with which you are faced and there may be a solution to meet your need for ongoing communication.

I am the optimist who believes the people of the UNITED States have the power to make a change, but we have to take personal responsibility to do so.  We can’t blame the state of our nation on others if we refuse to participate and use the tools we have been given.  I also believe that most parenting situations can work for the benefit of the child and that changes by just one person can dramatically affect the co-parenting family system.   I am passionate about supporting parents through the restructuring of their families, creating parenting plans that work and supporting my client through the process, whether it is in Court, through mediation or via settlement negotiations.

Divorce is quite common in California, but it is not limited to younger couples alone. When older couples file for ...
Learn More

If there is a breakdown in your marriage, legal separation or divorce are among the available options to end the ...
Learn More

When married individuals are unhappy in their marriage, they are more likely to end up having an affair. But can ...
Learn More

TELL ME ABOUT YOUR SITUATION

Find out how I can help you today!